Modern Slavery and Child Trafficking are types of child abuse. Many children and young people are trafficked into the UK from other countries. Child Trafficking also takes place where a child is taken from one area in the country to another. This is a common feature with Organised Crime Groups exploiting children to carry out crime such as drug dealing as part of County Lines.

Trafficking as an approach to exploit

Trafficking is where a child is tricked, forced or persuaded to leave their homes and are moved or transported and then exploited, forced into sexual abuse, commit crime, work or sold. Children are trafficked for:

In 2019, BBC London produce a short clip to raise awareness of the links of Child Trafficking and County Lines:

Traffickers, as with sexual and criminal exploitation, will often groom children, families and communities to gain their trust. They may also threaten families with violence or threats.

Trafficking is also an economic crime. Traffickers may ask families for money for providing documents or transport and they’ll make a profit from money a child “earns” through exploitation, forced labour or crime. They’ll often be told this money is to pay off a debt they or their family “owe” to the traffickers

Traffickers may:
– work alone or in small groups, recruiting a small number of children, often from areas they know and live in.
– be medium-sized groups who recruit, move and exploit children and young people on a small scale.
– be large criminal networks that operate internationally with high-level corruption, money laundering and a large numbers of victims.

For further information on the NRM view the NRM Guidance.

If you are a first responder for Modern Slavery to submit an NRM view the Online Reporting Form.

York Anti-Trafficking (YATS) as part of Modern Slavery Week in 2019 produced a short podcast series to raise awareness of Modern Slavery in York and surronding areas including North Yorkshire. To listen to the clips click on the images below:

Where to go for further information and support?

Modern Slavery Helpline (MSH) and Resource Centre provides a means for victims, the public, statutory agencies and business to report concerns and get help and advice. MSH is fully independent and free to call on 08000 121 700, submit reports online or spot the signs of modern slavery and report concerns using the free Unseen App. 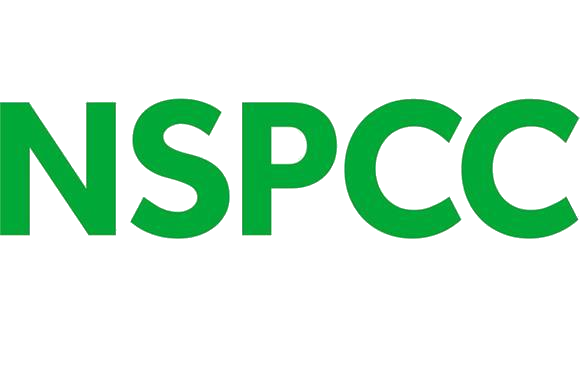 The NSPCC has a wide range of useful information about child trafficking: 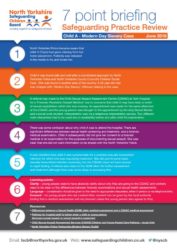 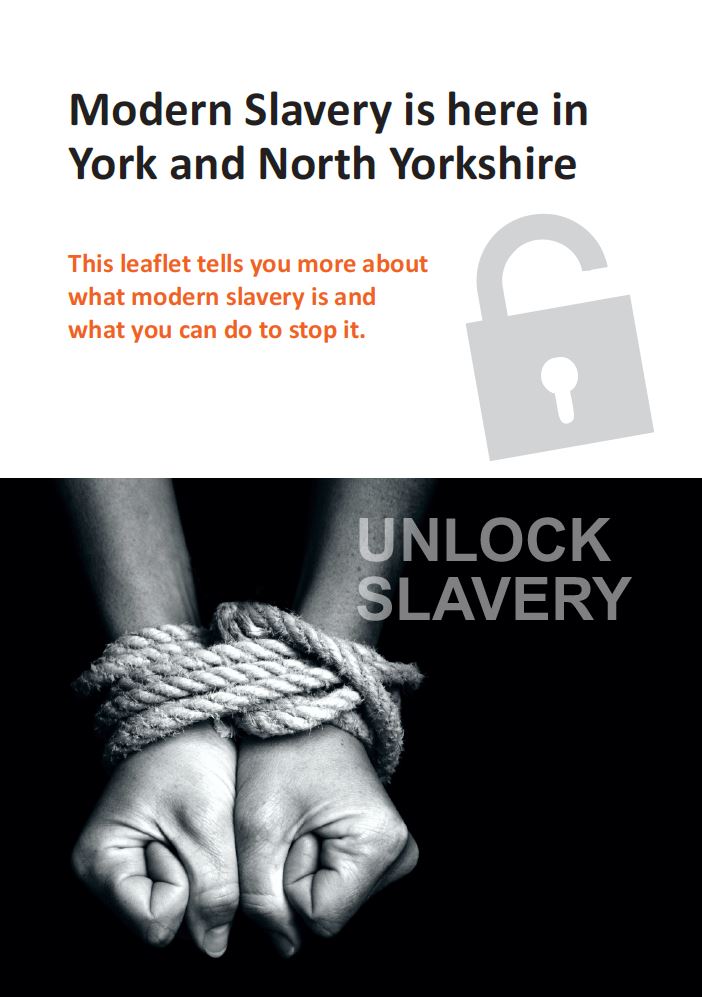 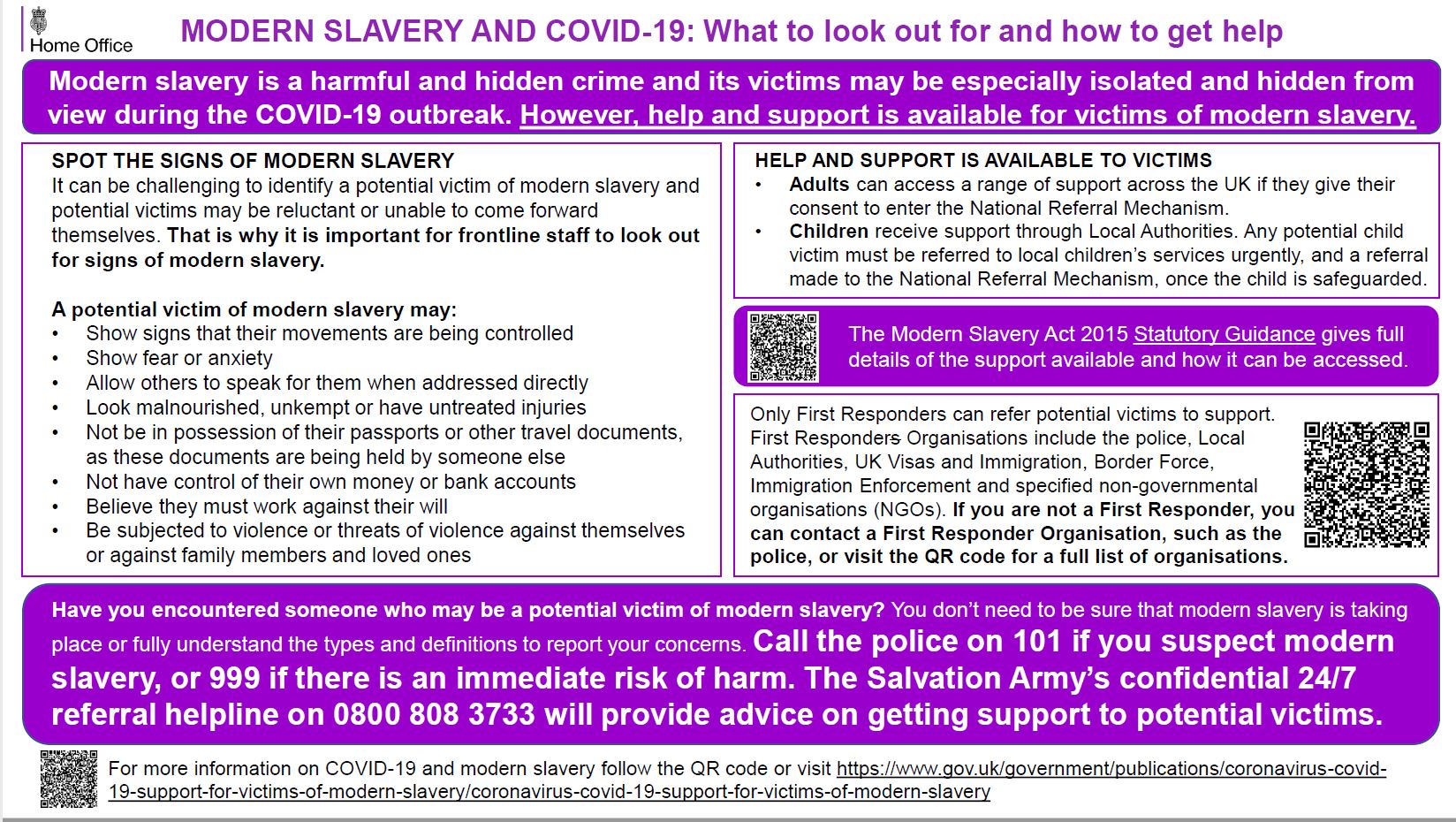 View all our Resources

back to main menu