What is a forced marriage?

Forced marriage is a marriage that takes place without the full and free consent of both parties.

In a forced marriage, a child, young person or adult is coerced into marrying someone against their will. They may be physically threatened or emotionally blackmailed to do so, or they may be a victim of psychological abuse. Forced marriage cannot be justified on any religious or cultural basis.

The Anti-Social Behaviour, Crime and Policing Act (2014) made it a criminal offence in England, Wales and Scotland to force someone to marry.

What are the signs of a forced marriage?

How can people be protected?

A Forced Marriage Protection Order can help if:

If you believe that someone is being forced to marry you should contact the Police on 101.  You can also contact the North Yorkshire Customer Service Centre on 01069 780780.

The Forced Marriage Unit (FMU) is a joint Foreign and Commonwealth Office and Home Office Unit which leads on the government’s forced marriage policy, outreach and casework. It operates both inside the UK (where support is provided to any individual) and overseas (where Consular assistance is provided to British Nationals, including dual nationals). They should be contacted at:

Where can I find out more information?

Further information and training can be obtained from: 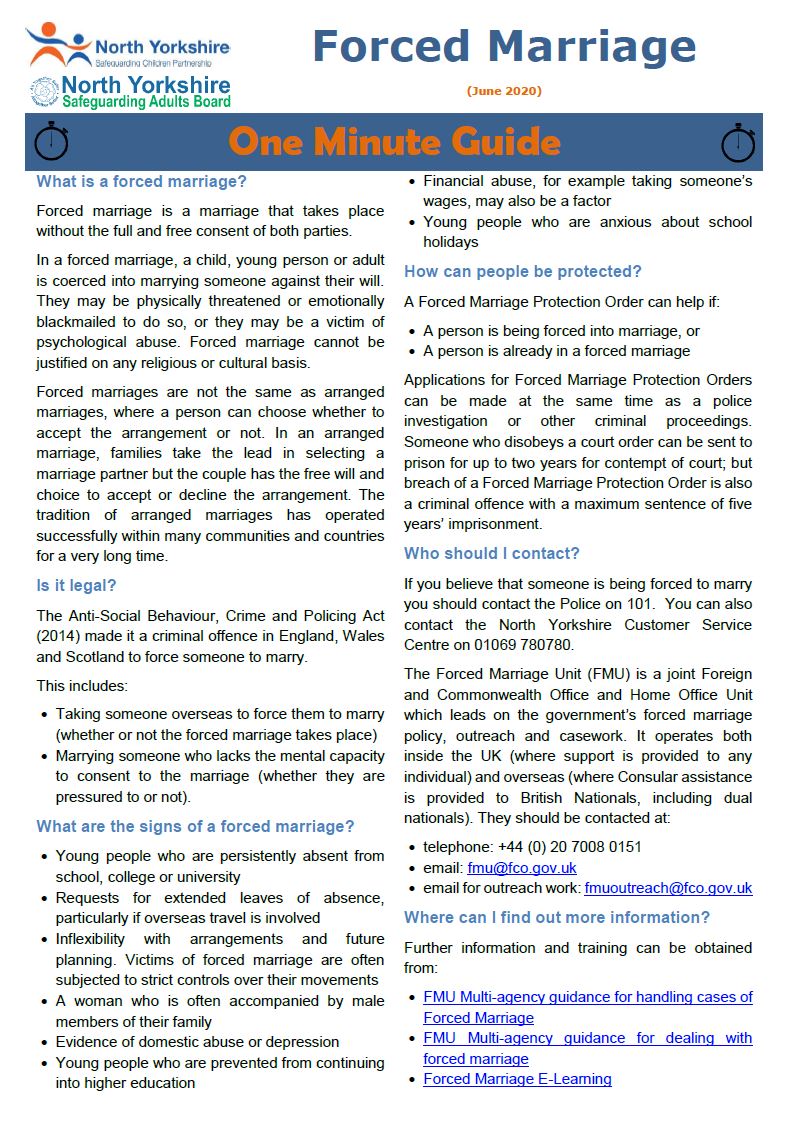